What's on my iPad: wallpaper, dock, apps and widgets

A COLUMN of David Haydl Appeared some time ago my test report for the iPad Air 3 here TechnikNews. So I thought it would be interesting to show which apps I use.

The iPad has become a very important device for me. I can get almost all of my work done there – wherever I want. In addition, I can get through a day with the battery, even if the runtime has deteriorated since the last update. Unfortunately, the update to iPadOS 13.3 that followed later didn't help much either. The very wide selection of apps always helps me proto be productive. And with Apple Arcade I can now and then easily bridge one or the other train journey.

First of all, a disclaimer: My setup is very special Article from MacStories inspired. Because I found the idea behind it very good, I took it over and adapted it for myself personally. The whole thing was implemented on my iPad Air 3 with Apple Pencil, Smart Keyboard, LTE, 64 gigabytes and iPadOS 13.3.

I like to use personal photos for my wallpapers, as you saw in my test report on the Apple tablet. On my lock screen I have a picture of my girlfriend and I that was taken a short time ago, while on the home screen I have a photo of us sitting together by a lake. At least for me, this gives me occasional motivational boosts at work and school when I look at my iPad. When I got the device proI also tried pre-installed backgrounds. For me, the dock is also the place on the iPad where the apps are, which I use almost every day. On the iPad there is also the fact that there are also apps that I start in split screen or in slide over, since this is the easiest way to do this (and in every app, since the dock can be accessed from anywhere). Here is a short tour from left to right: On the far right there is a folder called “Dock Splitscreen”. There are apps in it that I mainly start in slide over or in split screen, as this is very easy to do from the dock. This includes, for example: Okay, widgets are no longer big news for iPadOS 13 or iOS 13. The possibility of attaching them to the start screen together with the current time and date is already possible. Up to four boxes can be pinned so that they are permanently visible, and any number more can then be made visible by swiping upwards. I built my widget bar like this:

The windows for the Siri shortcuts are not pinned, Authy (this is my 2FAApp) and the battery widget, which comes from Apple.

Now let's take a look a little further to the right, where all of my remaining apps are slumbering. There I mainly placed the things that I use every now and then and don't use in slide over. Apps that ran out of space and that I hardly use are left in the “other” folder. LastPass I also have it there, for example, because I only use it via the native auto-fill function and almost never open it in the normal way. I usually search for the apps in there with Spotlight, which I can call up via CMD + SPACEBAR or a swipe downwards. Now let's take a closer look at the grid, I will also only go into the apps here that maybe not everyone is familiar with: 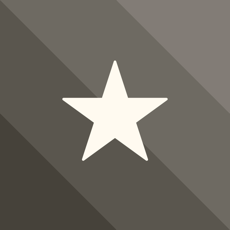 The bottom two rows are mostly Siri shortcuts. I have most of them from the MacStories archive, as I don't have that much experience with the tool. Among other things, you can see a launcher for the TV app and a shortcut that creates a new appointment for me in Fantastical. In addition to the “miscellaneous” folder, I have a second one for all games. I've been a subscriber to Apple Arcade since the update to iPadOS 13 and have since played three titles that the service has to offer. these are oceanhorn 2, UR: The Rink and Mini motorways. Oceanhorn is what I call “The Legend of Zelda” for iOS or iPadOS, while Mini Motorways is building a road network that connects residential buildings with shopping centers. UR is a hockey game that was released recently. I am currently not using a second page with apps.

What's on my iPad: That is still to come

In principle, I am very satisfied with my layout. In the future I would like to improve the shortcuts I use now and adapt them better to my workflow. I also want to deal with shortcuts for opening files and folders. I do not plan to introduce the previously indicated second page.